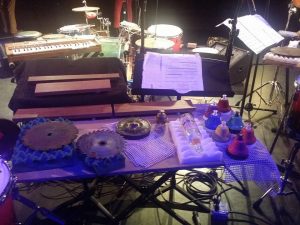 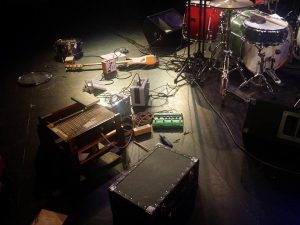 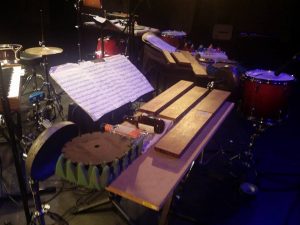 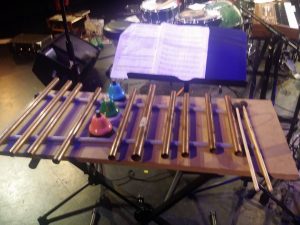 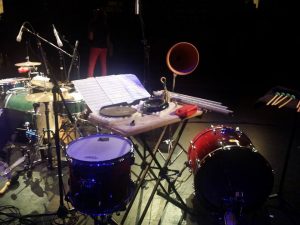 Music is intriguing by the way it sounds and the through a process of composing. As we progress in time and as a listener, we question what is consider “music” or just simply noise. During Music Since 1945 class session, I was exposed to John Cage composition. Cage has an unorthodox way of composing music. He would squeaky ducks, place flower into water fill bathtub, a sound of streams releasing from a boiling pot and many another unorthodox way of making music. I found it interesting because the concept was a showcased in 1960 which is futuristic for its time. Nowadays those sounds are available as a plug-in for digital music creating. Cage was also known to alter piano sounds by attaching screws, corks, and various of other things between piano wires. This allows some notes to be higher pitch and mute. Another composer that caught my attention that utilizes music beyond classical method is 12 tonnes introduce by Arnold Schoenberg and Josef Matthias Hauer. The technique is a means of ensuring that all 12 notes of the chromatic scale are sounded as often as one another in a piece of music while preventing the emphasis of any one note. Also overall gives the player to repeat the same single note every time is indicated. While it does not provide a wide range of octave it does have a clear message toward composing. This brings me toward to presenting a group name Tigue Music that utilize experimentalists and radicals method.

The first composition the group utilize flower pots, metal sticks, metal plates, glass bottle, saws wheel, door bell,  metal panpipe. Mat began the piece by revolving what seem to be a screwdriver around the flower pot.  This created low resonant sounds while other pieces are played.  The Trio hitting on objects that created ostinato. The drums at the end of each fragment place emphasis. Two instruments that have the highest pitches are the drum and panpipe. The piece begins to make a transition as each instrument played prestissimo. The piece overall has a lot talea of sixteen notes follow by heavy drums. This piece creates a feeling of infinite since there a lot of talea and ostinator insinuate anticipation toward the listener. The listener does not know when the composition is going to resolve. When there is a transition it introduces somewhat new melodies and harmony but it resolves back to talea and ostinator. The composition motif created a subliminal infinite theme.

The second composition the trio began to sit on the floor with their instrument. Carson is on drum with a small rake, Mat is on a mini wooden keyboard that may consist of one octave and a half and Amy is using an electric guitar. The group began to chant out simultaneously “This is a Mat favorite puzzle that we like is 1,3,1,3,3,2,4,1….” The group began to look down on a piece of paper that consists of only numbers.  As each person takes turn to read out numbers they began to play their instrument in a precise method. As number one is being called Carson begins to use his left hand to rake across the drum, as for number two he begins to hit the drum on the right side. While Carson and Mat played a specific note on their instruments. The beginning of the composition it was adagio then proceeded to allegro. As This provided the piece less distance from each instrument sound. Overall the transition provided the piece a more put together sounds rather individually sounds. The group began to make a dramatic transition. Mat start to flip over his mini wooden keyboard and unscrew the back cover with a screwdriver. He would use the same screw to screw back and forth on the board to create a grinding noise. The sound was at moderate pitch. Meanwhile, Amy detaches one the electric guitar wire and begins to hit her palm to the neck of the a guitar. This created a loud heavy pitch and resonant. The other instrument can be heard as a grind and tapping sound. This transition of method created a lot of overlap sound. As the pitch and resonant of the bang guitar linger over other instruments. The end of the piece the trio began to repeat the extensive list of numbers that they been following to the audience while playing their instrument. “ 1,2,3,4,1,2,3,4,5,6,7,8,9 ..This was a puzzle of a puzzle was” as the trio announce to the audience and trio simultaneously provided sign numbers with their finger. The index finger is being 2, the third finger is 3 and so forth.  This composition seems to be using a logic like the 12 tone since each player was playing a specific tone as each number are read. However, the piece does not have a clear melody or harmony.  The first movements all instrument seem to have the same density. However, after the transition, the altered guitar have the highest density.

The third composition the trio utilize an electric keyboard, drum set, shaker, and glockenspiel. The drum repeats 3 notes as the melody meanwhile he using the shaker. The pianist is holding down one tone throughout which creates a resonant.  The glockenspiel is highlighted because is played at a higher pitch than other instruments. It also repeats melody that other instruments seem to surround it.  The song has harmony created by other repeated notes and continuous notes.  It is polyphonic. The glockenspiel has the most noticeable density. The instruments are able to work together because each instrument does not rise above the glockenspiel tone.  There is minimal variation. Most noticeable variation is the drummer play the bass note then  hi-hats and repeat. After short highlight by the drummer, it would shift back to glockenspiel. The pieces have a lot of repetition but it captures the message of the melody. The piece reminds me of the 80s style of a band playing rapid quarter notes. The sound also promotes dancing because of its tempo. This piece does connect to my life since I was playing a video game that takes place in Miami during the 80s and Latin radio station often would be played this rapid pace of instruments.  During the performance, I also rap over this beat in my head since it kept the same tempo.

Overall Tigue shows an array of creativity with their method of performance to utilizing household items as an instrument. They pay homage to past composer that forefront these methods of making music such as dodecaphony and Extended technique. The three compositions insinuate the listener with feelings such as infinite, puzzle and logical thinking.  Their witty hand sign to connect to the audience and insinuated logical thinking. Tigue pushes the boundaries by utilizing binary form to each of its composition that keeps the audience anticipated. The audience would anticipate and guess what would come after this unorthodox movement.